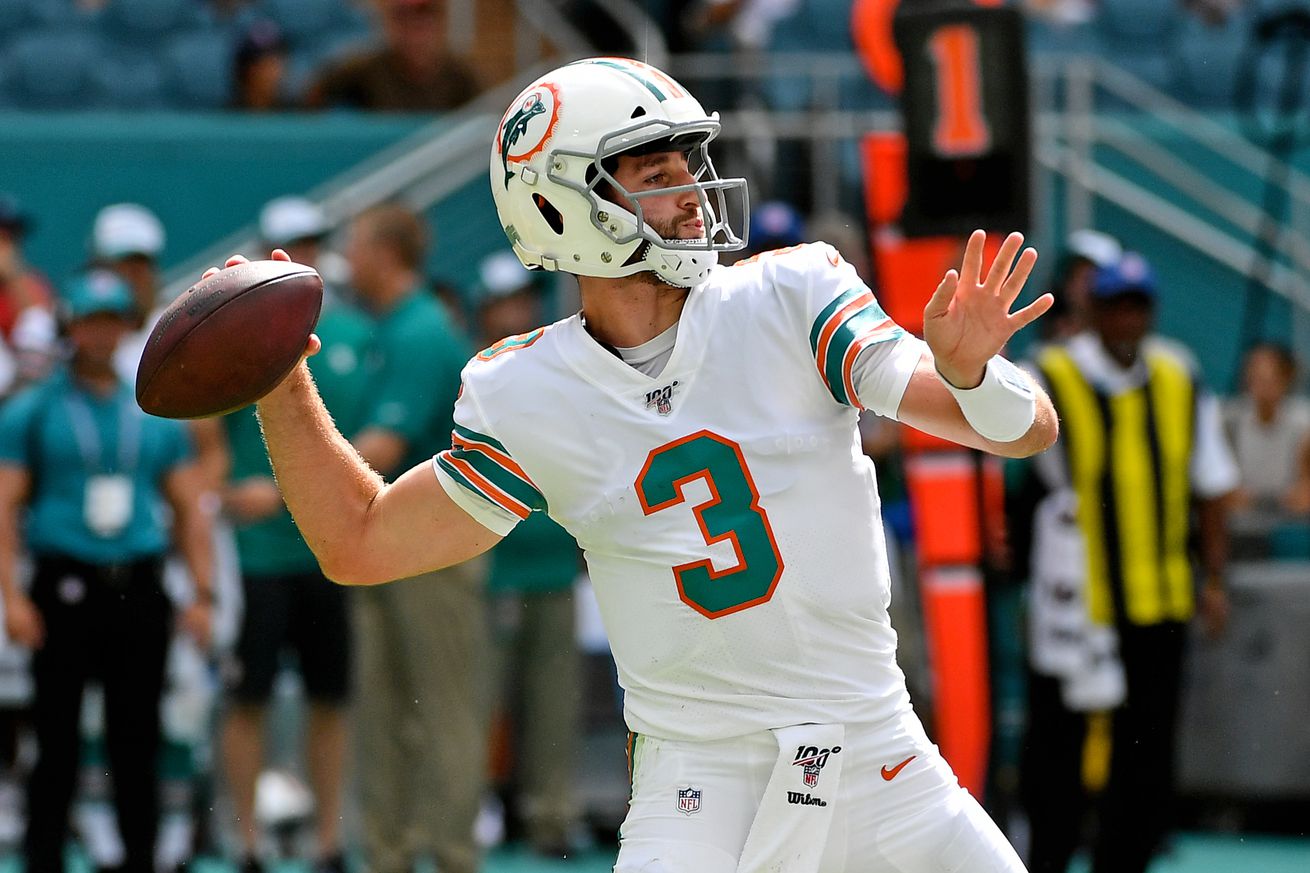 Rosen will make his Dolphins debut at Dallas, and the Cowboys might seen an old friend!

There are a lot of connections happening between the Dallas Cowboys and Miami Dolphins these days. It feels like Super Bowl VI all over again!

We have two things of note to discuss and both could have an impact on Sunday’s matchup between Dallas and Miami. First, the Dolphins have a new quarterback!

Josh Rosen will start for the Dolphins on Sunday

The 2018 NFL Draft was held at AT&T Stadium in Arlington, TX. It was during this draft that the Arizona Cardinals selected quarterback Josh Rosen out of UCLA, a signal-caller that they would trade away after just one season.

Of course the Cardinals shipped away Rosen due to having the first overall pick in 2019 (Oklahoma’s Kyler Murray) and dealt him to the Miami Dolphins. It’s been a bit of a rough go for the professional football team from South Beach as they’re 0-2 on the season and have been outscored 102-10 in those contests.

The Dolphins have started NFL journeyman Ryan Fitzpatrick in both of those games and just a few days ago planned on doing so against the Cowboys in Week 3. It seems as if those plans have changed as of Thursday afternoon. They will officially start Josh Rosen against Dallas.

Sources: The #Dolphins have made a big move. QB Josh Rosen is set to start vs. the #Cowboys on Sunday. Coach Brian Flores made the decision this afternoon.

Rosen has hardly been impressive this season during spot duty for the Dolphins, although to be fair it’s not like any player on that team has been impressive.

On the season Rosen is eight of 21 for 102 yards with no touchdowns and two interceptions. It’s not like the Cowboys will have to flip 180 degrees in terms of their preparations for Ryan Fitzpatrick to Josh Rosen, but this is definitely news of note.

The Dallas Cowboys made official on Wednesday something that many saw coming from as way back as training camp when they waived third-year defensive end Taco Charlton.

Of course, Taco was the team’s first-round draft pick two years ago. Dallas took him 28th overall after Charlton showed signs of promise at the University of Michigan.

Needless to say things didn’t exactly go to plan for Charlton during his time in Dallas. Through 27 career games he had four sacks and 11 tackles for loss. Through two games in 2019 he wasn’t active at all for the Cowboys, likely because they were trying to trade him.

We know that Dallas was talking to the Houston Texans about a Charlton trade last week, but since he was on waivers any team could have put in a claim for him. The results are in and he officially has a new home... with the team that the Cowboys play on Sunday. He was claimed by the Miami Dolphins.

Source: Taco Charlton has been claimed by the #Dolphins. A former first-rounder lands in Miami.

It’s unlikely that anyone around here will be worried about what Taco Charlton could possibly do against the Cowboys if he does somehow play for Miami on Sunday. The fact that he was released tells you everything that the Cowboys think about him in his third year in the NFL.

This makes for a fascinating story a few days away from kickoff, though. It’s not often that players get the opportunity to play against their former team so immediately, although Demaryius Thomas comes to mind just a year ago when he got to face the Denver Broncos as a member of the Houston Texans.

Charlton ending up with Miami might sting a bit at those who wanted to see a different Fitzpatrick in AT&T Stadium on a permanent basis, new Pittsburgh Steelers defensive back Minkah Fitzpatrick. Plenty of people suggested trading Charlton and a package of picks to Miami in order to acquire Fitzpatrick, obviously that never came to be.

It is ironic that the Dolphins would claim Charlton as they previously traded away a defensive end to the Cowboys over the offseason. That end, Robert Quinn, will make his Dallas Cowboys debut on Sunday against Miami.

There’s a lot going on!

Scarlet Jimmies Ep. 3: How about that defensive line?

The Cardinals Lay Waste to the Cubs’ 2019 Season