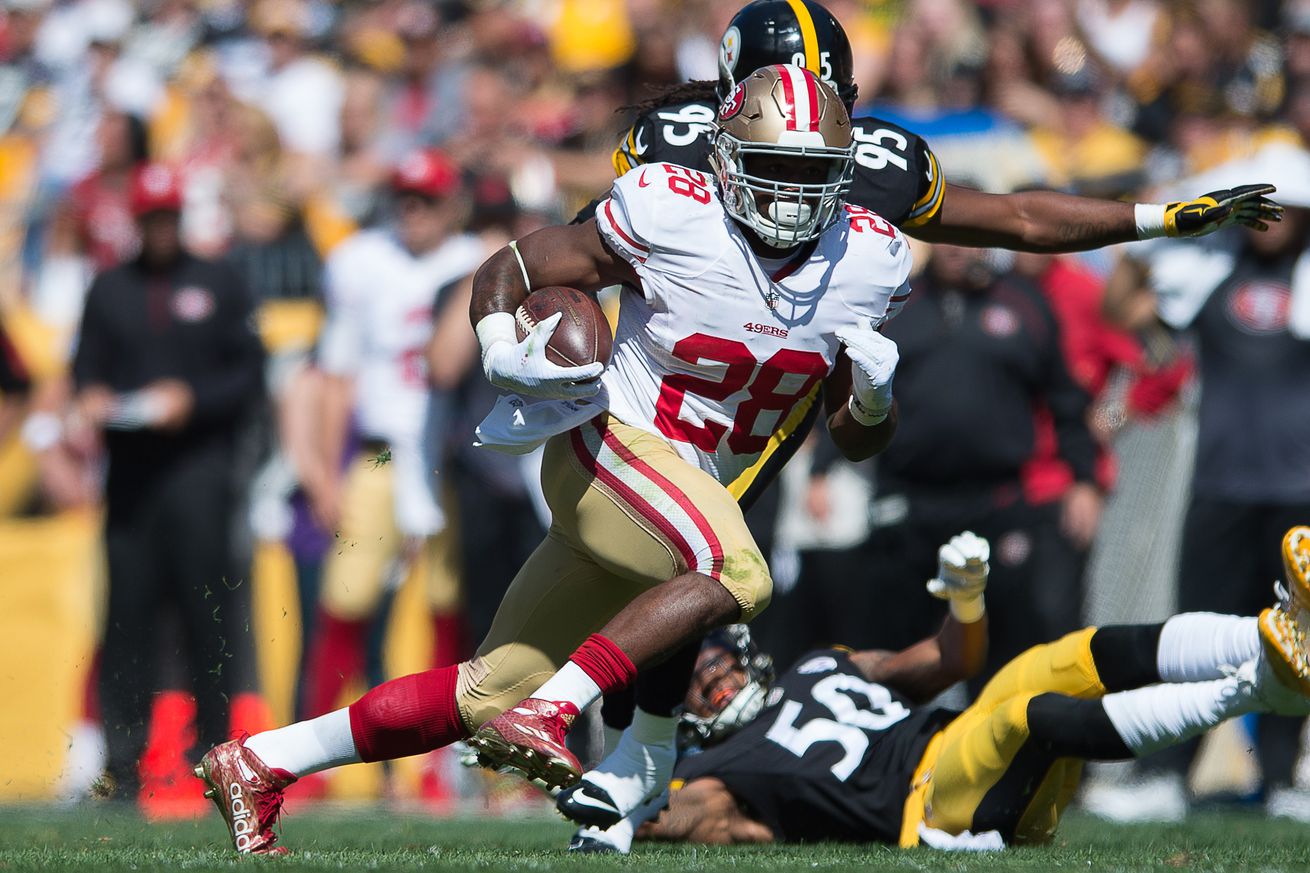 The San Francisco 49ers head into Week 3 2-0 and ready to have their home opener! It’s time to keep this winning thing going as they go to take on the Pittsburgh Steelers. Things get going this afternoon at 1:25 PM PT. The game will air on CBS. Greg Gumbel and Trent Green will be calling the game.

The 49ers started sloppy against the Tampa Bay Buccaneers in Week 1, but they quickly turned things around in Week 2 with a convincing win over the Cincinnati Bengals. Even if that was a bad Bengals team, the fact it was a blowout in Cincinnati makes it impressive any way you look at it. The game wasn’t without some issues, left tackle Joe Staley broke his fibula and will be out and Dee Ford saw some issues with his knee that kept him out. After the game in unrelated injury news, Trent Taylor was placed on IR further hurting the 49ers.

The 49ers now hold their first opener at Levi’s Stadium and will look to build on this good 2-0 start and keep things going against a Ben Roethlisberger-less Pittsburgh Steeler squad. After this game, the 49ers will go into their bye week and it couldn’t come at a better time with the injuries listed above.

The Steelers have had their own issues to deal with, namely coming out of the gate at 0-2, yet that’s not the main crux of their storylines. In the 2019 offseason, they had to depart with Mr. Big Chest AKA the wide receiver formally known as Antonio Brown. JuJu Smith Schuster has come in to helm No. 1 duties, but the loss of Brown, while understandable given his antics, hurts. The Steelers were embarrassed in Week 1 against the New England Patriots and then lost Roethlisberger for the season in Week 2 against he Seattle Seahawks. Mason Rudolph will make his first start at the QB position Sunday and that brings a ton of question marks. The Steelers offense hasn’t been good with Roethlisberger, but Rudolph has no film on him, which can offer an advantage.

Each week, we send 32 polls to 100+ plugged in fans from each team. 49ers fans, sign up HERE to join FanPulse.

Cowboys vs Dolphins: Three predictions for Week 3 against Miami

Danny Dimes, Praised Be His Name, Needed Just One Start to End the Giants’ Purgatory

Titans-Jaguars gets slammed by everyone, including Tom Brady