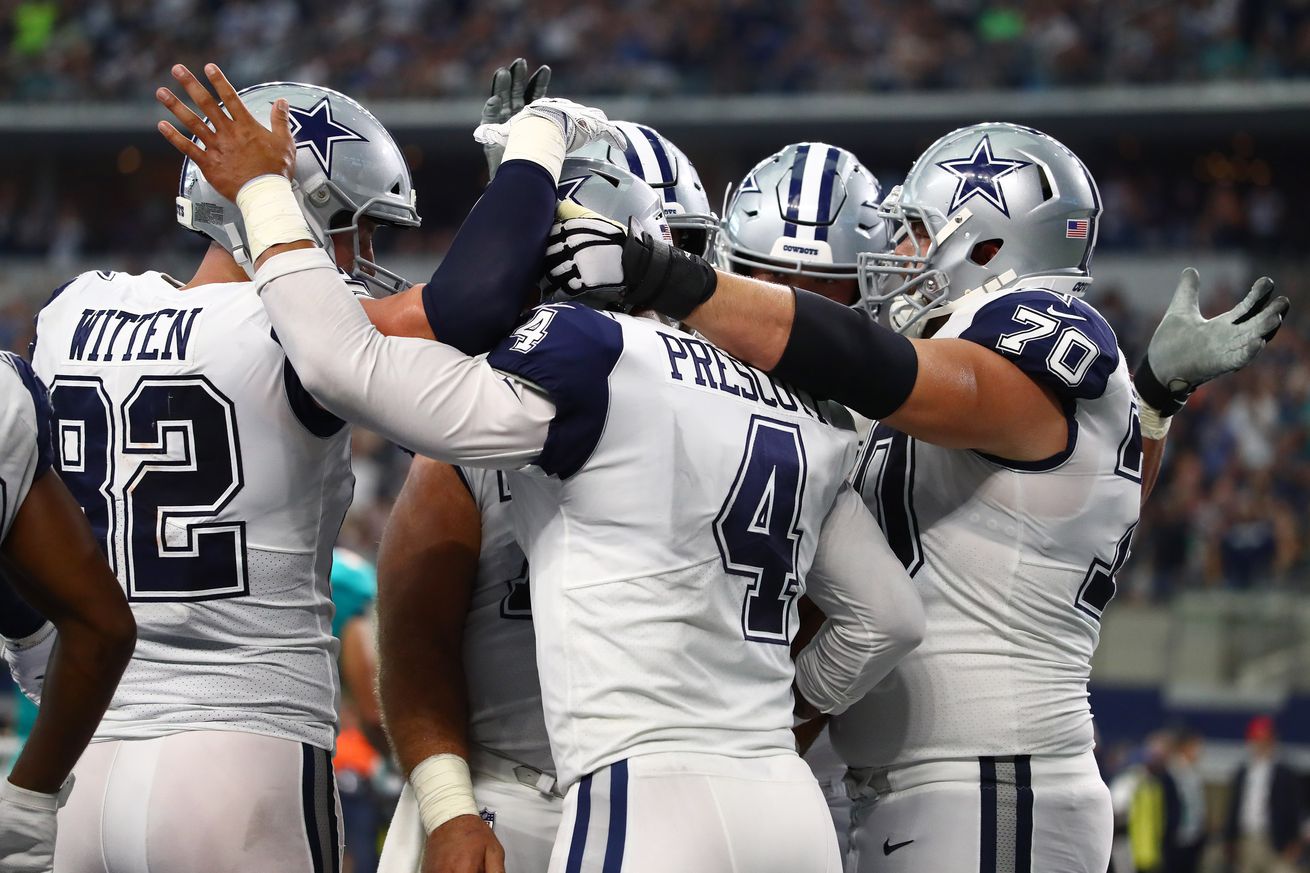 Odds are that Dallas will get to 4-0.

There are a lot of people doubting the legitimacy of the Dallas Cowboys and their 3-0 record. They’ve played the New York Giants, Washington Redskins, and Miami Dolphins, and while that should be factored into consideration, it’s hardly the whole story.

Dallas is taking care of business against teams that appear to be at the bottom of the NFL’s talent pool, but that will change a bit in Week 4. While there will be no Drew Brees at quarterback, the New Orleans Saints have one of the more hostile environments in the league and are coming off of an impressive road win against the Seattle Seahawks.

In spite of that the oddsmakers believe the Cowboys to be the favorite. Initial lines, courtesy of our friends at BetOnline, for the Week 4 matchup between Dallas and New Orleans has the Cowboys as three-point favorites.

Home field advantage is generally considered to be worth three points on its own so the Cowboys are effectively six-point favorites or at least they would be on a neutral field. Again, the Superdome is one of the NFL’s more intimidating venues.

It could be a promising week for the Cowboys, assuming they take care of their own business, as the Philadelphia Eagles are 1-2 (they’ve also been bit badly by the injury bug) and underdogs in their Thursday night game at Lambeau Field.

While it looked a bit shaky for a while, the Cowboys ultimately did cover the largest line that they were given against the Miami Dolphins (-23.5). The oddsmakers typically tend to know a thing or two about what they’re doing, hopefully they know something about Sunday night.