What They’re Saying: “I think it could be real special ... I think the sky’s the limit” 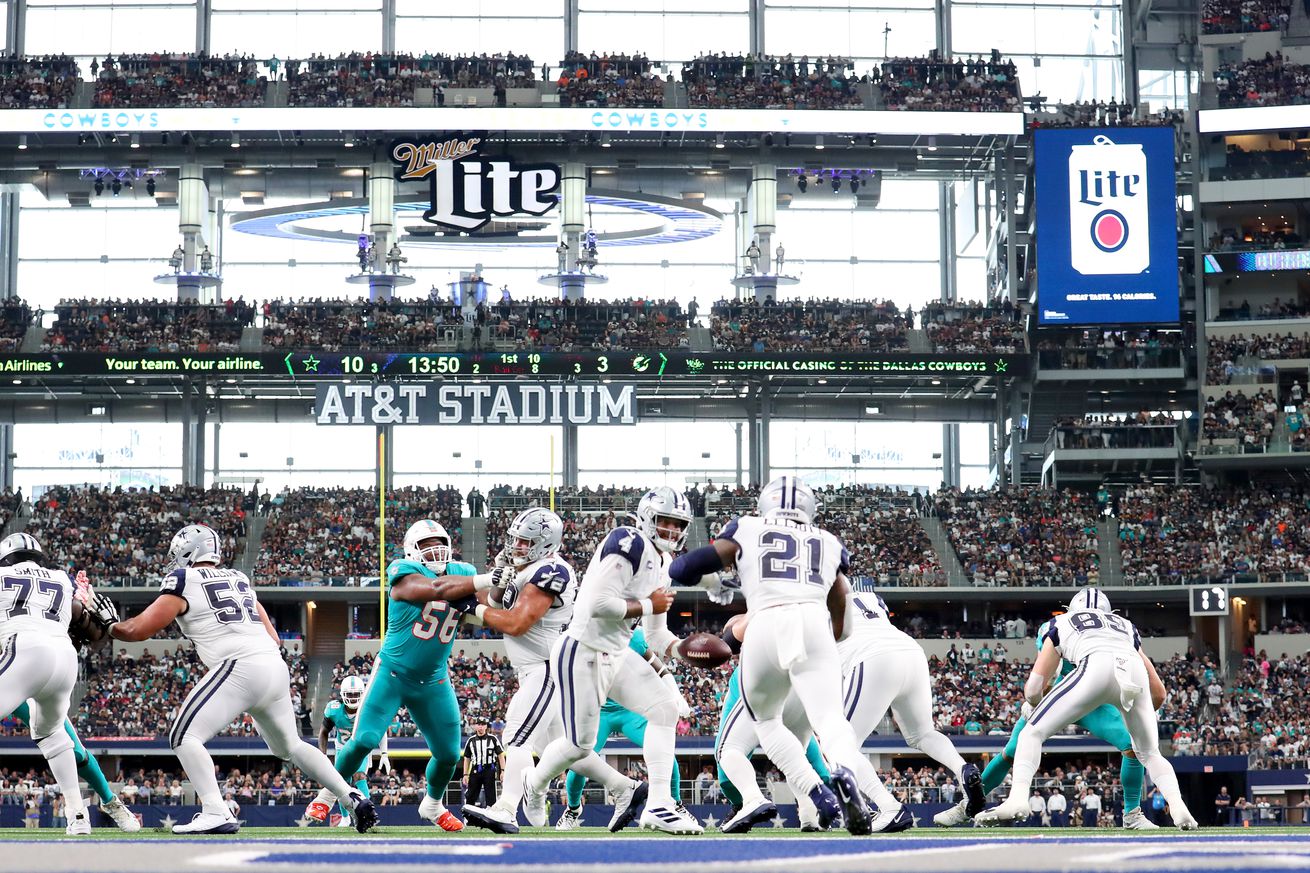 The Cowboys are rolling through three weeks of the 2019 season.

The Dallas Cowboys entered the season with some optimism, but we were not too sure what this team would look like. Would Ezekiel Elliott be effective after his holdout in Cabo? Would Dak Prescott build on his stellar finish to the 2018 season? How would the promotion of Kellen Moore change the offense?

There were a lot of questions, but also plenty of reasons to be excited: Prescott and Amari Cooper looked like a deadly combo from the time Cooper arrived in town, the defense is filled with talent and youth, and the Cowboys were coming off its second NFC East title in three seasons.

Through three weeks this season, there has been nothing to discourage those that had high expectations for this squad.

No, the schedule has not been daunting. But, the team looks as good as ever through the first three games of the season. Dak Prescott is balling, Kellen Moore looks brilliant, and the Cowboys are doing what good teams should do: beat bad teams in dominant fashion.

The energy surrounding this team is exciting and the players are confident that they can keep this level of success up.

Amari Cooper has been a bonafide number one wide receiver since moving to the Lone Star State, which has been huge for Dak Prescott’s development as a franchise quarterback.

Sunday marked the first time of Cooper’s career that he has scored in three consecutive games. Check out these numbers since the Cowboys traded for the Alabama product:

Since his trade to Dallas, Amari Cooper has been a true WR1.

The first-round pick that the Dallas Cowboys gave up for Cooper was more than worth it.

When asked if he could walk the media through his touchdown, the Pro Bowler replied “which one?”. Cooper finished the game with 88 yards and two touchdowns on six grabs.

Can you walk us through you touchdown catch?

Amari Cooper, very sincerely: “which one?”

The Dak Prescott-to-Amari Cooper connection has been exciting to watch for a while now, but the wideout sees big things coming, saying that “the sky’s limit”:

“I think it could be real special,” he said. “We just have to continue to be on the same page. Like I said, I think our games match each other well. Obviously, he’s becoming a better player, I’m becoming a better player and I think the sky’s the limit because if we can both stick around here for a long time we’ll be able to grow together.”

The passing game got going in the second half, but the rushing attack also had a ton of success on Sunday.

Ezekiel Elliott has been a force on the ground, but it was actually a different back that reached the end zone on Sunday.

First touchdown as a
With this TD run @tp__5 also has his 1st career 100-yard rushing game! #MIAvsDAL | #DallasCowboys pic.twitter.com/6x76yUvHAr

The duo of Zeke and Pollard combined for 228 yards on the ground, averaging over seven yards per carry against Miami. Dak Prescott also found the end zone. It was a strong performance by the Cowboys ground game and offensive line.

It still blows me away how the Cowboys have normalized crazy rushing stats.

Dallas ran for 235, had two different 100-yard rushers. Zeke ran for 125 (which is currently the 2nd-highest total in the league this week).

And it doesn't even feel like the game's dominant storyline.

Zeke believes the 1-2 punch of he and Pollard could be deadly for defenses to stop: “Good luck to them trying to deal with that the rest of the season”.

Ezekiel Elliott on the 1-2 punch of him and Tony Pollard: "It's great. If I'm tired or a little banged up or something I come out and he comes in and he's gashing them. It's got to be tough on defenses. Good luck to them trying to deal with that the rest of the season."

Elliott has led the league in rushing two of his first three seasons in the National Football League, but he does not appear to have any kind of problem with sharing the load with the rookie out of Memphis

“I knew ever since T.P. got here that he had juice, that he could run, that he could play ball,” said Elliott, whose 289 rushing yards are his highest three-game total to start a season. “He came out here and had a great game today. I’m proud of him. He went out there and did his thing.”

The defenses already have to key on Prescott and the passing attack in addition to trying to find a way to contain Ezekiel Elliott. Having a back with fresh legs to wear down the defense even more could be lethal moving forward into the season.

“I think it’s definitely very helpful just because we’re going to be fresh when you have two guys that can go and that load gets divided in two. So it’s not me getting 30-35 touches a game anymore. It’s us taking care of it together. It’s going to definitely pay off.”

The Cowboys’ offense has taken the next step under Kellen Moore.

We all knew this team had a lot of talent on the offensive side of the ball, but for whatever reason, the play on the field has not always translated. This season — for at least three games — has shown has what this unit can do.

The Cowboys have put 35, 31, and 31 points on the scoreboard in the first three games of the season. You can argue how good or bad the opponents have been, but there really is no denying how impressive the offensive side of the ball has looked thus far.

The Cowboys haven’t scored 30+ points in the first three games of a season since 2007. pic.twitter.com/p7oYS0Svci

Kellen Moore has implemented pre-snap motion and has utilized his weapon’s strengths to take this offense to another level. The offense is moving the football and getting into the end zone — and it is very fun to watch it all happen.

All three games that the Cowboys have had Kellen Moore as OC:
- They've won
- They've hit 474 total offensive yards
- They've scored at least 31 points
- Dak has had at least 245 yards passing

Instead of forcing his players to play in an offense in which their strengths are being marginalized, Moore is calling plays that help the offense have the highest level of success. That means being creative and not forcing things — like running into stacked boxes!

Bottom Line: This team is good, and they know they it.

The Dallas Cowboys are a good football team, and the people in the locker room know it. Dak Prescott is the leader of this franchise and his confidence rubs off on everybody in the franchise.

But, he is not the only one that thinks this team can be great.

Offensive tackle La’el Collins put it best: “The standard is high for us”.

While Jaylon Smith added: “Just the beginning, still a lot of work to do, but we’re showing glimpses”.