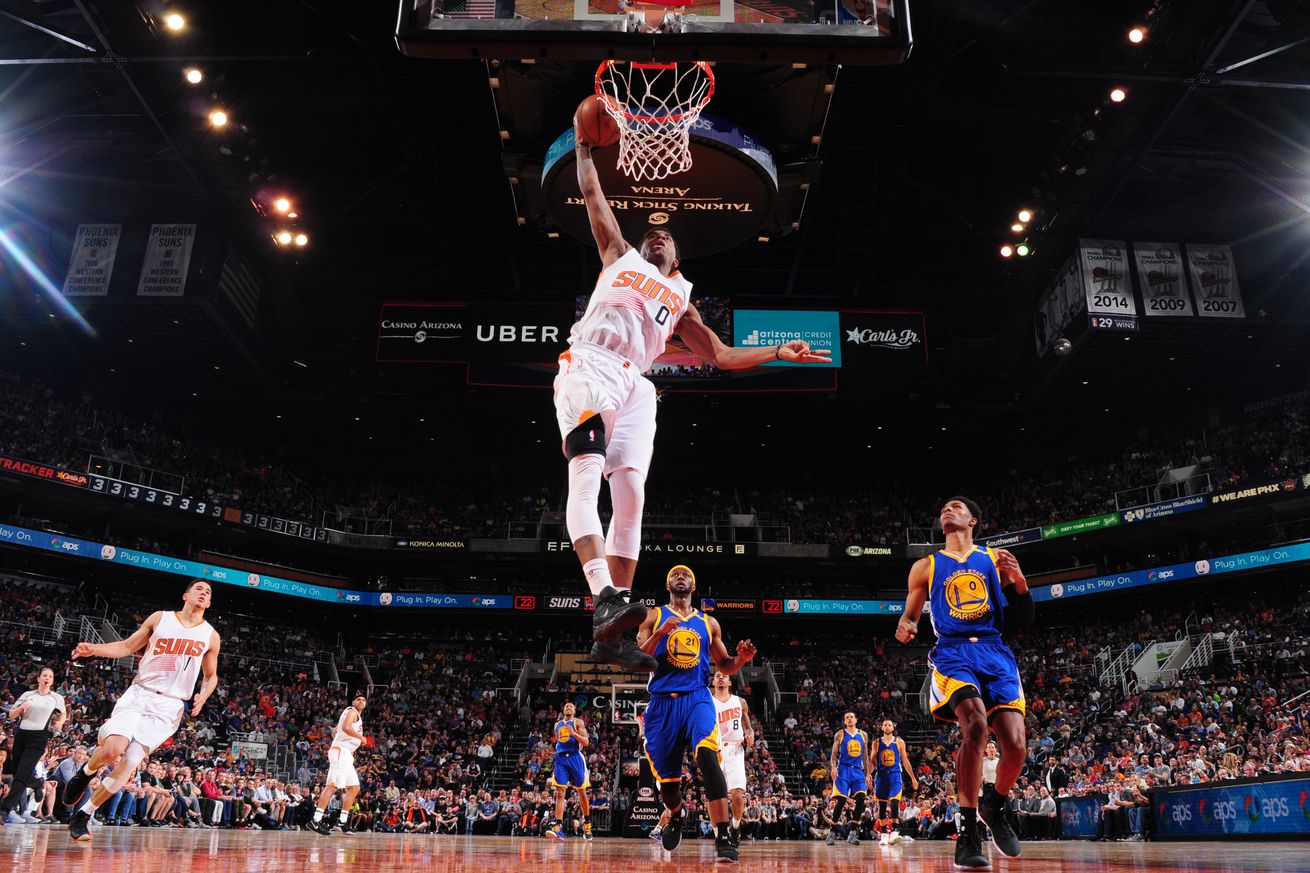 Don’t expect the former lottery pick to suit up for Golden State, however.

While the Warriors do have one open roster spot, they are hard-capped, meaning they have no money left that they’re allowed to spend. Chriss cannot make it onto the regular season roster without a corresponding move.

Those corresponding options are slim. The team could waive Alfonzo McKinnie, who is on a non-guaranteed deal, though that seems highly unlikely. They could also trade Omari Spellman or Jacob Evans III.

Because of these restrictions, there’s no way that Chriss’ deal can be guaranteed. And, indeed, The Athletic’s Anthony Slater reports that it’s a non-guaranteed training camp invite.

I hear it's a non-guaranteed camp invite for Chriss. Warriors don't really have room for 15th man (hard cap), but McKinnie (very likely to remain on roster) has a non-guaranteed deal and other pieces could be shed if Chriss impresses. https://t.co/7foFvfpmX5

Chriss has played three years in the NBA after the Phoenix Suns drafted him eighth overall in 2016. He played two seasons with the Suns, before spending last year with the Houston Rockets and Cleveland Cavaliers.

Seaside Reactions: Why the next 10 days could be everything for the Seahawks season