Kyle Shanahan was fired up after beating the Steelers 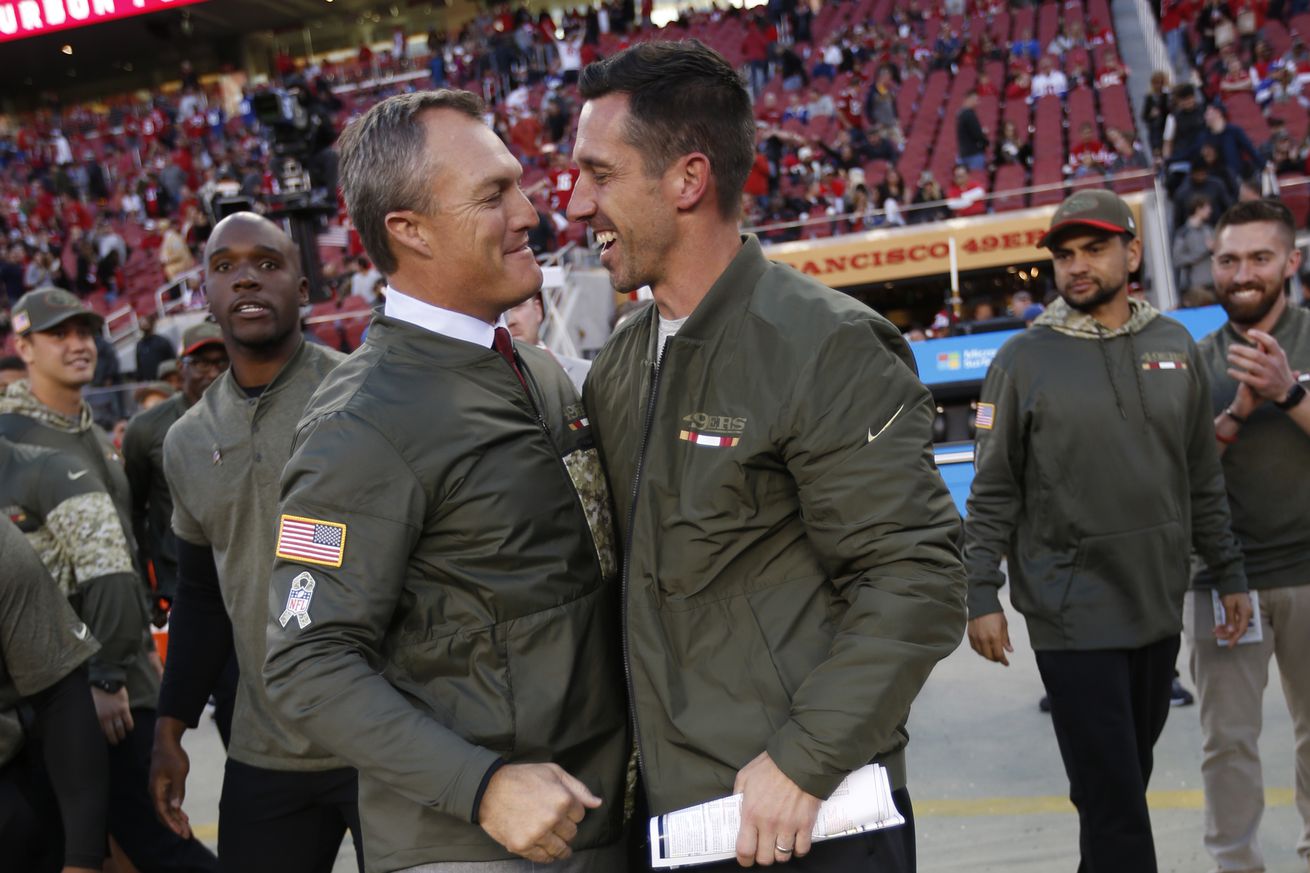 Got some good clips here of Shanahan addressing the team and celebrating with the staff.

Yes, the Steelers are 0-3, and the 49ers beat another bad team. I don’t care. The only person who was more excited about winning besides the players was the coach. They got a few good money shots of Kyle Shanahan celebrating.

First is this awesome slap-handshake with John Lynch:

I don’t know about you, but as much as I loved Jim Harbaugh’s slap handshake that led to him getting into a near-brawl with a coach after a game, I kind of like this one more. And Akash is right, anyone who thinks there’s “friction” between the two needs to bury that take. Outside of an argument over a player where the contents of it was a sarcastic “go [site-decorum] yourself,” with neither meaning what they said, I doubt this type of reaction is what you would get if these two were getting fed up with each other.

Moving on, the 49ers have been a bit late getting us post-game speeches after the 49ers win. Again, the Kyle Shanahan era has been privy to some great ones. There’s the heartfelt one done last year in honor of Jed York’s brother, Tony. Then there’s this gem that Kyle used to keep the boys pumped up:

Who doesn’t want to run through a wall for this guy?

Cowboys get job done against Dolphins 31-6

Cowboys vs Dolphins: Writer predictions for Week 3 matchup with 0-2 Miami