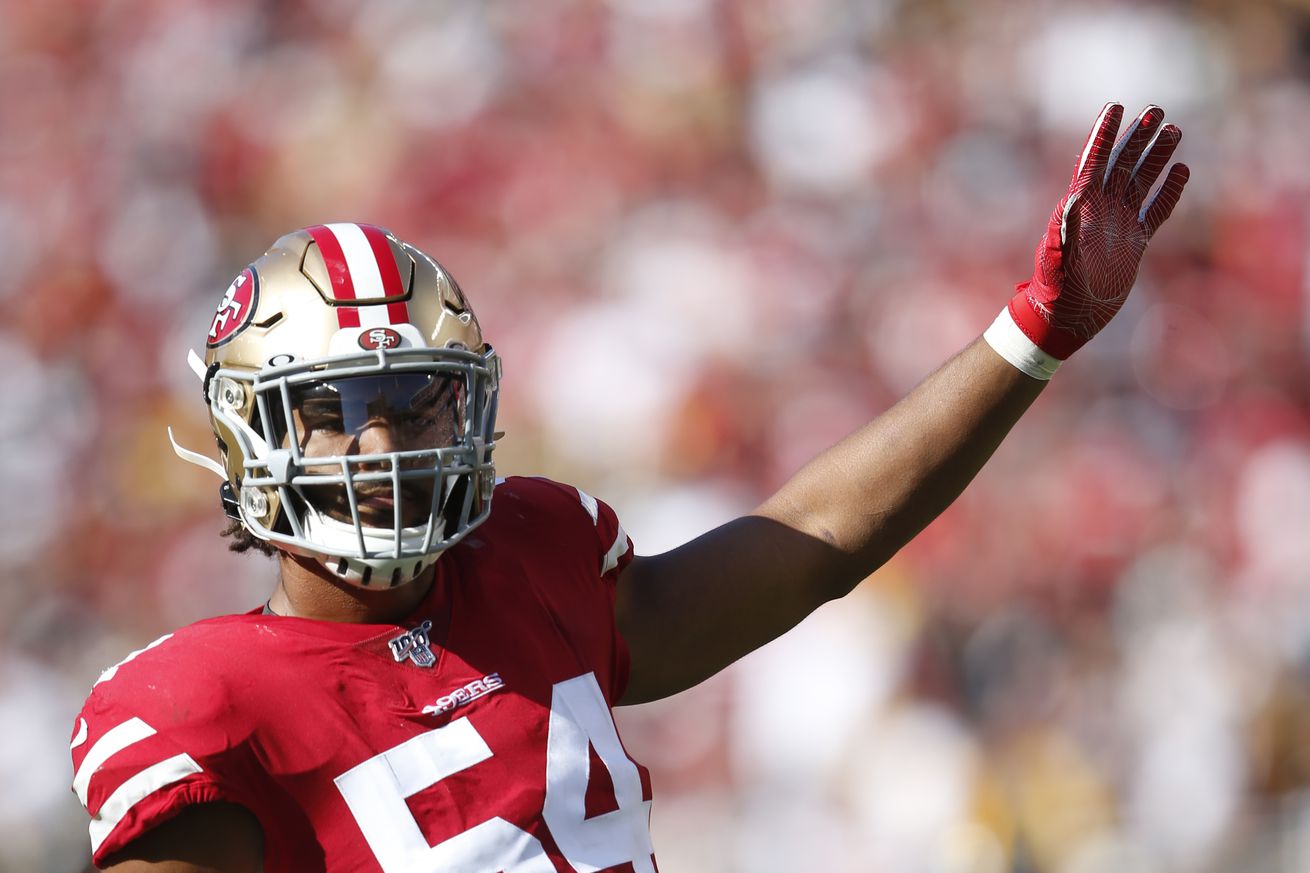 Warner was on the Jim Rome show Wednesday

The San Francisco 49ers linebacker says the team accomplished their goal of starting the season with two road wins, so they could play their first home game undefeated and beat Pittsburgh. Warner also talks about the defense already having seven turnovers.

Warner was asked what it says about the team when they found a way to get it done, considering things didn’t go the 49ers way:

”I feel like wins like that, where they’re tight and things aren’t going in our favor, it says a lot about our team and how resilient we are.” Warner said despite being down, the 49ers’ confidence never wavered.

When asked about what’s been the biggest difference in regards to takeaways from this year to last, Warner said:

“I’m not sure there’s a certain thing to point out. We talked about it a lot last year, and it just didn’t happen to fall our way sometimes. This year, they’re coming in bunches, and hopefully, that continues.”

Warner on if the 49ers 3-0 record surprises him:

“No, not at all. I’ve only been on the team for a little over a year, but I’ve seen how close-knit this group is since the moment I’ve got here. We’ve had the pieces. Obviously, last season, we had some injuries. But we added a few pieces the last offseason, and the record is showing that.”

Check out the full interview below.

Titans-Jaguars gets slammed by everyone, including Tom Brady