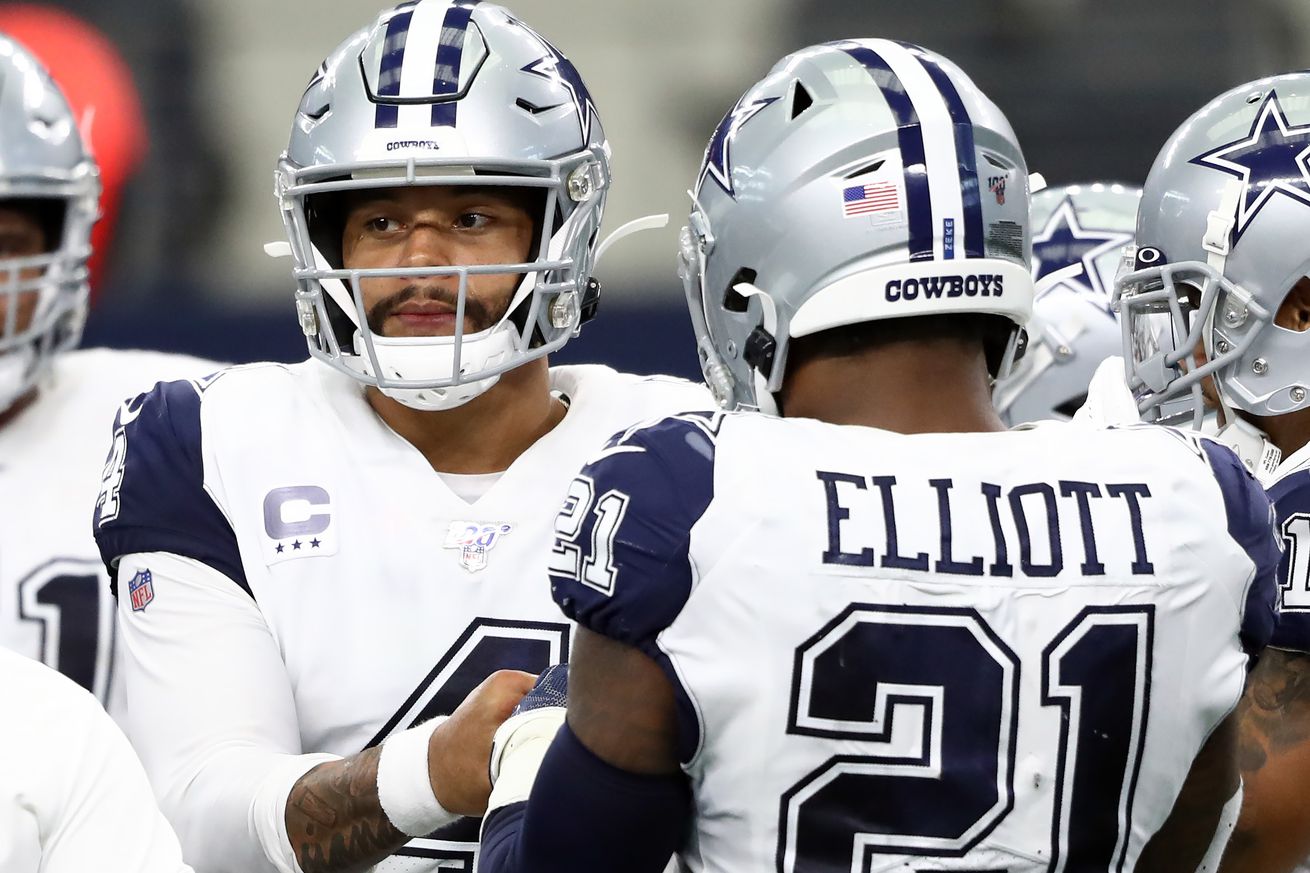 Success is happening everywhere for the Cowboys offense.

This surprised many because it doesn’t feel like Zeke is being used as much as he has been historically. That’s a weird way to quantify something, but it’s a shared feeling and therefore the fact that Elliott had done so well comparatively speaking was a bit of a happy surprise.

The goal here is obviously for much more than individual accolades, but it’s not hard to discern that the better Elliott and other star players perform the better the Cowboys record will conceivably ultimately be. That being said, where does Zeke stand after the season’s first three games?

Ezekiel Elliott is still outperforming his prior self

Since then the Cowboys have played another game and it was yet another 100-yard performance for the NFL’s reigning rushing champion. What’s more is that Sunday was a day in which Elliott and rookie running back Tony Pollard both experienced success on the ground.

In fact, Pollard finished with a rushing touchdown against the Miami Dolphins while Ezekiel Elliott did not (Zeke had more rushing yards in the spirit of friendly competition). On the subject of yards though, is Elliott still outperforming the previous versions of himself from different seasons?

Yes. The answer is yes.

Keep in mind that Zeke led the NFL in rushing in both the 2016 and 2018 seasons. Considering he’s currently on pace to outperform those years it’s fair to say he’ll be in the discussion for his third rushing crown in four years.

How amazing is this considering everything else going on around Zeke, though? The fact that he’s outperforming what he’s done in any of his three previous seasons while someone else is also rushing for 100 yards in a game in Tony Pollard AND the Cowboys are experiencing such aerial success with Dak Prescott seems impossible.

Way to go Kellen Moore. By the way, speaking of Dak, he’s not doing so bad either.

Dak Prescott is off to the best start of his career, too

The fact that Prescott is performing so well definitely feels more obvious than Zeke because, well, we’re seeing it throughout each and every Cowboys game. It’s not hard to understand that Dak is off to the best start of his career.

Many continue to observe the current day Cowboys offense and incorrectly draw the conclusion that Dallas is sacrificing the run so that the pass can thrive. Through the incorporation of new tactics, schemes, and offensive concepts, they are doing both. It’s wonderful to watch.

There are plenty of people who want to see the Cowboys continue this offensive movement against teams that aren’t among the worst in the National Football League. The first opportunity will come on Sunday night on the road against the New Orleans Saints. Let’s hope the good times continue to roll.

Dale Earnhardt Jr. once offered $1M of his salary to help Hendrick Motorsports

WATCH: Can Michigan, Notre Dame and UCF still hope for a playoff spot after Week 4?

Cowboys news: Dallas moves to 3-0 after impressive second half versus Dolphins